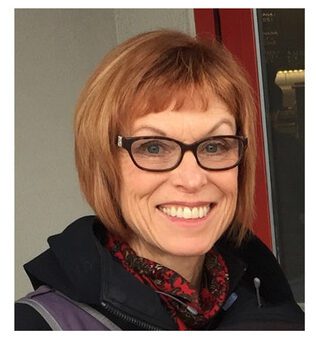 From her first Jon Gnagy ?Learn to Draw? kit she was smitten. Even her first music books were more about colouring than learning the songs, though that happened as well ? once the colouring was done. Art class was a favorite, and while it was not a career choice, it always featured as a portion of any employment.

Joan spent 20 years teaching, 19 in an Alberta school and one in New South Wales, Australia. Subjects taught included physical education, mathematics, home economics, career and technology studies and French as a second language. But art always found a way into her lesson plans.

After retirement, she headed up the Yellowhead Regional Arts Festival, a large multidisciplinary arts festival linking four towns in the foothills of Alberta. That lead to a position on the Board of the Alberta Foundation for the Arts (AFA) a national leader in Arts funding and sustainability. She chaired the AFA in the years before moving to Cumberland.

Always enthusiastic to learn, Joan has dabbled in silk painting, stained glass, watercolour, pastel, oils and ink before landing on acrylics. She continues to learn about all aspects of art.